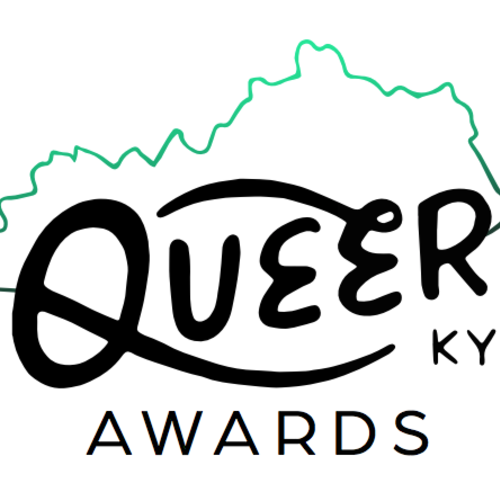 Help us celebrate the wonderful work of seven amazing Kentuckians on June 13th, 2020!

ANNE MILLER, ‚Äč(She/Her/Hers - ‚ÄčLouisville‚Äč)‚Äčleverages her aerial circus and gym, Suspend, to help individuals, especially the LGBTQ+ community, to improve their body image and empowers individuals to start performance careers. Over half her students identify as LGBTQ+. Anne also supports the Pride Festival

DESI CARR‚Äč (She/Her/Hers -‚ÄčLouisville) ‚Äčstarted Melanin Pride and the Pride Games and is very active in the LGBTQ+ community. She has worked for a more inclusive LGBTQ+ community in Kentucky. She has also provided a space for Queer people of color that did not exist before.

DUSTIN HAVENS ‚Äč(He/Him/His - ‚ÄčPaducah)‚Äč ‚Äčgave up all he was comfortable with and had the vision to reshape the future of the LGBTQ+ community in Western Kentucky. He organized the first Western Kentucky Pride Festival in 2019 and is opening the Paducah LGBT Welcome Center, only the second of its kind in the state, offering an abundance of resources for the community.

JAISON GARDNER‚Äč (He/Him/His - ‚ÄčLouisville) pushes his community to face the existing divides, from race to socio-economic, and to spur public dialogue to support propelling the LGBTQ+ community forward - both through social media, in person, and through the Strange Fruit podcast. In addition, he is part of the leadership for Sweet Evening Breeze, which is currently being developed as housing for homeless LGBTQ+ youth.

KASEN MEEK ‚Äč(He/Him/His - ‚ÄčLouisville)‚Äč is active with Louisville Trans Men, helping to bring visibility to the group and their resources both online and offline in the community. With LTM, he was a resource for JCPS educators, PFLAG parents and the Louisville Youth Group. He also created the public facing Facebook page and helped to update resources on the website. Kasen serves on the Louisville Pride Foundation Board of Directors where he helped to plan and facilitate LPF events, like the first Community Picnic, which brought together over 26 Louisville zip codes. Kasen also serves on the Board for YPAL (Young Professionals Association of Louisville) as the VP of Engagement. In this role, he oversees the Directors of Diversity & Inclusion, Recruitment and Membership. Kasen is the first trans person to serve on the YPAL Board and is proud to have helped encourage YPAL‚Äôs participation in the Louisville Pride Festival this past year. Kasen also writes a monthly column, ‚ÄúTRANSparent Kasen‚ÄĚ for YesLouisville. The blog serves as a resource for the trans community and allies alike. In 2019, Kasen was honored as a Louisville Business First ‚ÄúForty Under 40‚ÄĚ and was commissioned as a Kentucky Colonel by Governor Beshear.

KYLE MAY (‚ÄčHe/Him/His -‚Äč ‚ÄčPikeville) was raised in a small eastern Kentucky town that does not readily accept the LGTBQ+ community. Struggling himself with feeling comfortable in the community, Kyle created the Big Sandy Safe Zone, a nonprofit.. He offers others in the LGTBQ+ community a safe place to speak, socialize, and feel accepted. He has great plans for expanding and creating a center for everyone to meet at and offer counseling and other services.

TANNER MOBLEY ‚Äč(‚ÄčHe/ Him /His‚Äč - ‚ÄčLouisville) is a grad student and the driving force behind the Ban Conversion Therapy Project. Tanner is working incredibly hard to pass legislation to ban conversion therapy in Kentucky. This year he went above and beyond. With help from his board and volunteers, BCTK got record breaking co-sponsors and had a bill presented in the Kentucky House and Senate.